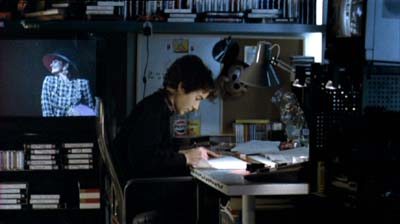 Watching three early Haneke’s in a row reaffirms that style, or shall I say a deconstruction of style, overwhelms any concern with story. Benny’s Video comes across as pretentious, dry, and all too familiar. Maybe at the time of it’s release it shocked viewers with an extreme sense of apathy but now it just feels unimportant.

And for a film that’s trying so hard, it’s a failure at conjuring up any sort of commentary on youth violence. This seems like a warmup for the Haneke masterpieces to come. Benny’s Video and it’s protagonist could be seen as a prequel/origin story for the serial killers in Funny Games, a film that unlike his first two, is taut, menacing, and altogether masterful.

With Benny’s Video, like The Seventh Continent, Haneke seems to uncomfortable with pacing and story, choosing bland political critiques over human complexity. Both films are overlong, repetitive, the difference here being that Benny’s Video produces large amounts of tedium.