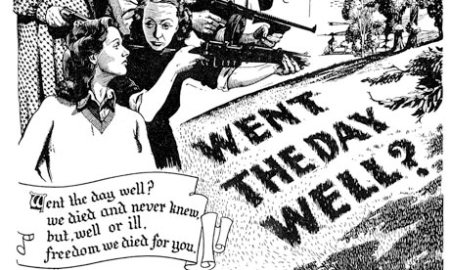 Before I departed for France, I had the wonderful opportunity to cover the 2nd Annual TCM Classic Film Festival for Reverse Shot. The highlight of the weekend, aside from seeing the rare British propaganda film Went the Day Well?, had to be the pristine 4k projection of epic films like The Outlaw Josey Whales, Spartacus, and Taxi Driver at the Grauman’s Chinese Theater. The future of film spectatorship is bright.