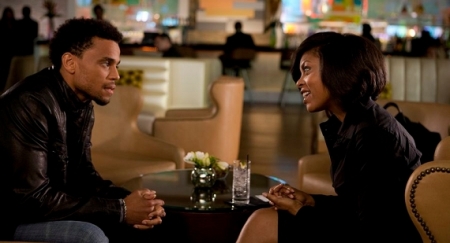 Talk is cheap in Damsels in Distress, a beguiling and meandering comedy that marks the return of independent director Whit Sillman after a decade-plus absence. Yet the film’s squadron of cheeky co-eds rely on words to deflect and defy issues of self-worth, verbally sparring with each other about topics ranging from religious ideology to dress codes. So contradiction rules, specifically in the way young people physically and emotionally dance around whatever topic could potentially force them to address their own coming-of-age. It’s a long-gestating theme for Stillman, an aesthetic infusing all of his films with a knowing implication of self-imposed angst.

Entirely set at Seven Oaks College, a fictional private school in upstate New York, Damsels in Distress looks over the shoulders of four young women consistently questioning (and sometimes embracing) their male-dominated surroundings. Violet (Greta Gerwig) resides at the center of the pack, attaching minions to her windy clique train of social causes (suicide prevention) and social functions (fraternities). In Violet’s particular case, university life is a sunny playground for oratory and confrontation, trite folly and absurdist stances. One transcendent shot encompasses this beautifully: Violet, Heather (Carrie MacLemore), Rose (Megalyn Echikunwoke), and their new recruit Lily (Analeigh Tipton) discuss the merits of suicide prevention, walking from a blanket of shadow into a jarring corridor of sunlight. When their hair suddenly takes on a radiant glow, Stillman clearly marks them as heroines linked by a common lyrical trance.

Traditional learning and interaction always resides in the background at Seven Oaks College, if not entirely absent altogether. Instead, Damsels in Distress envisions university existence as free-form, always evolving based on the specific personalities integral to the scene. This idea becomes dependent on the characterizations of Violet and Lily, who are polar opposites from a visual and audible sense (talky vs. reserved, blond vs. brunette). But Stillman links them through their inherent vulnerability and strength, their ability to survive as individuals. No matter what pitfalls come their way, whether it’s Lily’s tryst with a self-professed religious nut (Hugh Becker), or Violet’s infatuation with a compulsive liar (Adam Brody), the experience represents a single stage in their life, and not some cumulative defining moment. Despite the melodrama inherent to such displays, the pain and disappointment eventually pass, leaving behind hidden experience and wisdom.

That these complex themes are overtly drenched in ironic dressing limits the emotional weight of Damsels in Distress. There’s just no room to breathe underneath all that forced witticisms. While Stillman’s patented flare for dialogue still resonates, his ineptitude as a filmmaker this time around is astonishing. Damsels in Distress disregards even the most basic plot considerations, becoming an over-edited, poorly paced, and disjointed series of vignettes. This ramshackle hodgepodge leads to a series of poorly conceived dance numbers that make the similarly cutesy scene in (500) Days of Summer look like Busby Berkeley. Ultimately, Damsels in Distress adds up to a glowing cinematic trifle, fully alive in the cagey words of Gerwig’s fascinating Violet, so staunch in her lack of staunchness, yet immediately transparent and hollow upon the final fade to black.