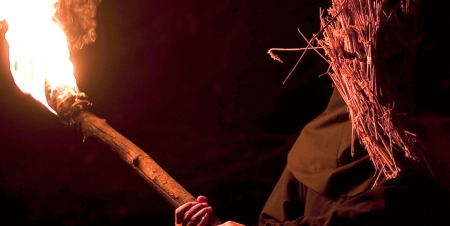 Rigorous and uncompromising, Ben Wheatley’s Kill List is the kind of extreme genre filmmaking that will either make you squirm or swoon. I did a little of both. There’s plenty of undeniable precision and talent on display (especially Wheatley’s incredible ear for dialogue), and the film’s thematic underbelly always fascinates. The motif of rotting flesh and scraps is especially telling and grim, some kind of warped allegory to the economic malaise that is referenced a few times in passing.

Brutal violence is the only release in Kill List, yet the act itself only begets more ambiguity, an approach that ultimately culminates in the film’s ridiculously over the top ending. Still, the volatile camaraderie between the two leads (Neil Maskell and Michael Smiley) lends a certain human tragedy to their descent down hell’s rabbit hole. The performances alone are worth sitting through Kill List‘s sometimes inane narrative clues and foreshadowings. Wheatley’s previous film, the truly disturbing gangster/family saga Down Terrace, is a far more compact Molotov cocktail, yet Kill List shows Wheatley growing in ambition, even if that audacity is often grating to a fault.

Clarie Denis’ White Material could be the seminal cinematic examination of European colonialism in modern Africa and the impending trauma’s/ramifications plaguing all ends of the social spectrum. Set in an unnamed African country during a relentless rebel uprising, Denis’ film intricately follows white Coffee plantation owner Maria Vial (Isabelle Huppert) as she attempts to salvage her crop and homestead despite the growing violence and unrest. But this is not a character study, or even an allegory, but the almost primal story of a place experiencing a violent moment of transition, and all the hidden instinctual layers revealed in the process.

Denis takes what could have been a concise trajectory and constructs a serpentine narrative path of haunting flashbacks, breathtaking tangents, and hypnotic set pieces weaving every character into a devastatingly incomplete national timeline. She connects the melodrama of Vial’s crumbling family unit with the textures of wealth, focusing on the objects of power and the sudden disavowal of their impact on social standing and safety. The film instills a deep sense of menace in every scene, thanks in large part to Yves Cape’s incredibly crisp cinematography and Stuart Staples’ foreboding score that sweeps through the trees like a mighty wind.

By the end of White Material, a devastating ideological revolution has swept away all the political posturing and stereotypes and unveiled the core human elements residing under the surface. Poverty, guilt, and ignorance form the densely intricate map of a country’s dying soul, one without easily defined borders and reference points. Denis’ film is a staggering cinematic achievement, but more importantly it’s a crucial document on the diverging interpretations and gaps of a revolution that will not be televised. 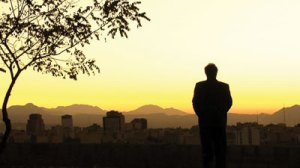 Subtle intersecting stories of regular people experiencing challenges with love, sex, desire, and purpose. The interesting hook in Dog Sweat comes from a cultural standpoint, as the film is entirely shot on location in Tehran, Iran, where the filmmakers illuminate the universal emotions and issues defining a country plagued by censorship, religious fundamentalism, and stereotype. The images, while sometimes dramatically inert, are always visually fascinating, documenting a bustling city of everyday people living under the shadow of international judgement and local terror.

Smuggled out of Iran on a computer hard-drive by it’s director Hossein Keshavarz, Dog Sweat is a deeply passionate film that occasionally delves into narrative contrivance but always exhibits an honest look at human interation. Some of the film’s stories gain more resonance than others, specifically the arranged marriage between a closeted gay man and a singer with her own secret. Their mutual compromise is something tragic, but completely understandable considering the social and economic pressures put upon them. Yet other characters, like a boozed- out player who turns fundamental when his mother is struck by a car, become forced and uneven as they progress. This pattern ultimately lessons the impact of Dog Sweat, but the filmmaker’s goal and vision are undeniably important, even if their narrative decisions don’t always add up. 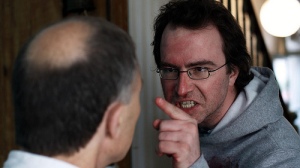 Finally, a late night screening that lives up to it’s schedule slot. Ben Wheatley’s gangster film takes pitch black comedy to a new level, evolving from uncomfortable family comedy to diabolical Shakespearean tragedy. “Down Terrace” stays with this extremely conniving subset from start to finish, watching them conduct criminal operations with the same devastating indifference as they do life-changing family decisions. In truth, one can’t be distinguished from the other.

During certain moments, situations turn from casual to grave in a matter of seconds, words and facial expressions merging together to form a sort of unspoken code of deception. As the bodies pile up, Wheatley’s cyclical evolution of evil and comes full circle, leveling the playing field with heinous acts of retribution. That these moments stem from complete distrust, ego, and manipulation is expected, but the subtlety with which they are ordered and carried out is striking.

Down Terrace stays true to it’s evil heart, conducting a symphony of violence so effortless it’s almost as if the filmmakers themselves are taking part in the carnage. This is problematic for a film about glaring gaps in morality, but ultimately it’s all part of the nasty fun. There are shallow graves for both discomfort and comedic anarchy, and the audience gets to see both bury each other under a mountain of betrayal.