One moment of quiet solitude stands out amongst all the kinetic action sequences and globetrotting theatrics that have defined the Jason Bourne trilogy up to this point: a man’s lifeless body floats in the ocean, captured in low angle by a submerged camera and backlit by brilliant moonlight. It’s a shot that represents the fragility of this nimble and powerful character, who so often seems superhuman. The Bourne Legacy, the fourth installment in the series, begins with this very same pictorial, except the image feels frozen in time, even more somber and poetic. As if to linger on the franchise’s past before sending it in a new direction, director Tony Gilroy (who has had a hand in scripting each Bourne) references the seemingly lifeless body before revealing it to be very much alive, a shirtless swimmer in mid-stroke. 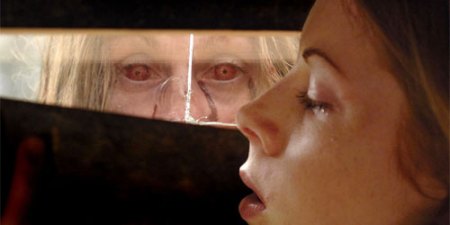 Not Coming to a Theater Near You‘s “31 Days of Horror: VIII” is in full swing and I contributed a piece on Juan Carlos Fresnadillo’s superb 28 Weeks Later.

The Town is the disappointment of the year for me. I’m a deep admirer of Affleck’s debut film Gone Baby Gone, and this convoluted slice of regional mediocrity makes me wonder how Affleck pulled it off the first time out. Review posted at InRO.